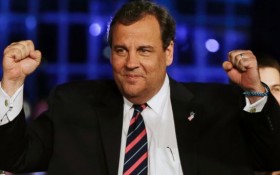 New Jersey Governor Chris Christie may be down in the polls, but he isn’t out of the fight yet.

After some analysts had predicted his campaign was dead in the water, Christie, fresh off his 50th day of campaigning in New Hampshire, recently won critical endorsements in the state and his campaign is showing signs of life in the GOP presidential race.

But some experts are still warning that Christie’s potential comeback in New Hampshire may not be enough to pull him out of the doldrums in other states. He’s spent little time building a presence in South Carolina, which holds its primary Feb. 20. He has no office open, a minimal grassroots network, and has spent little time campaigning there or in other Southern states that will hold primaries soon after.

The question is whether that matters in a primary season that has been nationalized, particularly with the emergence of outsiders like Donald Trump and Ben Carson. Christie has taken advantage of that dynamic in recent weeks after the Paris attacks brought national security to the forefront, giving him the chance to employ his tough-talking persona and highlight his work as a federal prosecutor after the attacks of Sept. 11, 2001.

The Christie campaign’s long-term view hinges on their belief that the calendar becomes more favorable to Christie as time goes on, with many large and winner-take-all or Northeastern states like Illinois, California, Virginia, Massachusetts, Maryland and Pennsylvania, where they expect Christie to do well.

“If you can build something well, it’s more likely to last, and this has been a very carefully, methodically constructed campaign,” Wayne MacDonald, Christie’s New Hampshire chairman, said.

“I’m just going to keep working as hard as I can here, try to do as well as I can here, and then let the future take care of itself,” Christie said Tuesday after an event in Manchester. “If my biggest worry is I’ve got to worry about is staffing up after New Hampshire, man, I’ll tell you, that’s a problem I’ll take.”