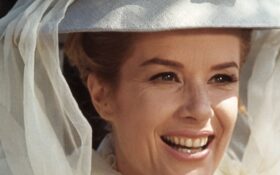 The British actress Sally Ann Howes, who starred in Chitty Chitty Bang Bang and My Fair Lady, has died at 91.

“You are finally with Douglas,” he wrote, referring to Douglas Rae, Howes’ late husband.

“All my memories of you live on.”

Howes acted on stage and screen for more than 60 years.

She began her acting career in 1943 at the age of 12, and 20 years later she earned a Tony Award nomination for her role as Fiona MacLaren in the musical Brigadoon.

She later became best known for her role as Truly Scrumptious, a love interest of Dick Van Dyke’s character in the movie Chitty Chitty Bang Bang.

She retired from film in 1980, but she remained active in the theater. She performed in My Fair Lady on-and-off for 50 years. She played the lead role, Eliza Doolittle, in 1958. Then, she returned to play Mrs. Higgins in 2007.

Howes was married three times and divorced twice. She adopted her second husband’s two sons in 1964, after their mother’s death.

She married Rae in 1972, and they remained married until Rae’s death in September 2021.

Her nephew Toby Howes tweeted that she “died peacefully in her sleep.”

I can also confirm the passing of my beloved Aunty #SallyAnnhowes who died peacefully in her sleep yesterday. My brother & I thought Sally Ann might hold on until the #Christmas screening of Chitty Chitty Bang Bang as this would have greatly appealed to her mischievous side. ❤️❤️