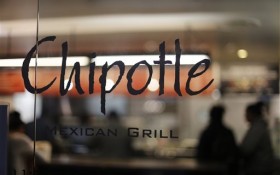 Chipotle restaurants across the U.S. are opening later than usual Monday so workers can attend a meeting about the chain’s recent food safety scares.

The company says stores will open at 3 p.m. in their local time zones, instead of the usual 11 a.m. Chipotle expects about 50,000 employees to go to more than 400 locations, such as movie theaters and hotel conference rooms, where remarks by company executives will be shown live.

Now the company is plotting a comeback, with its largest marketing campaign yet to start this week.