Child molesting illegal had been deported - 10 times! - The Horn News 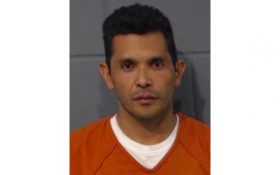 The mainstream media loves to stereotype Republican presidential candidate Donald Trump and his supporters as racist bullies for demanding the United States crack down on illegal immigration and build a wall along the Mexican border.

But the latest example of a horrific crime allegedly committed by an illegal immigrant is the perfect example of why more action is needed.

If there’s anyone still against building the wall, they need to read this.

An accused sexual predator had been deported back to Mexico an incredible 10 times in the last six years, but thanks to our poor border security once again made his way back into the U.S. — and raped a middle school girl on a Greyhound bus, police say.

A criminal complaint filed September 30 claims Tomas Martinez-Maldono, 41, allegedly raped the 12-year-old victim on or about September 27, according the Kansas City Star.

“A Greyhound bus had made a stop in Kansas City and there was an alleged rape that occurred on the bus, however they had no idea where this rape took place,” Geary County Sheriff Tony Wolf told Hays Post.

U.S. Immigration and Customs Enforcement told the Kansas City star that Maldono has been deported 10 times and has a 2013 felony conviction for illegally re-entering the US. Because of this charge, he is at the top of the list for ICE, and will be taken into their custody when the rape case is finished.

But the main issue is how was he able to illegally re-enter enough times that he had the chance to allegedly rape a young, innocent American girl?

Maldono is proof that our country needs stronger border control in order to keep our citizens — and more importantly, our children — safe.