CEOs reflect on their summer jobs... when teens actually worked - The Horn News 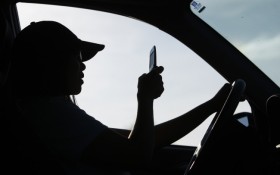 Even CEOs have to start somewhere.

Some of America’s top executives made humbling debuts as teenagers in the workplace. They scrubbed toilets, cut tobacco, worked at McDonald’s.

Such work is becoming less common. Today’s youths are more likely to enroll in summer school, do volunteer work or pursue extracurricular activities, especially to improve their prospects for college admission.

At the same time, teens who do want summer work find that adults increasingly occupy the low-skill jobs that once went to younger workers. Overall, the percentage of Americans ages 16-19 who work in July has fallen from 57 percent in 1986 to 36 percent last year.

At a time when a smaller proportion of teens are working summer jobs, some of today’s corporate chief executives reminisced to The Associated Press about what they did and what they learned in their earliest jobs.

Campbell Soup CEO Denise Morrison worked three summers as a phone operator. At first, her competitive instincts led her to try to field as many calls as possible.

“I learned an important lesson about human behavior and the importance of customer service,” she says.

“Although I wanted to move quickly, there were some callers who required more of my time, and I had to slow down my approach in order to resolve their questions.”

The job could be physically exhausting: She had to reroute calls by plugging a cord into a switchboard, a task that eventually was taken over by automation.

“It was also the first time I had earned my own money,” she says. “So I learned the value of a dollar.”

Trump Hotels CEO Eric Danziger worked in McDonald’s for a few summers. Before that, in the late 1960s, he sold “Black Cat” firecrackers until the police shut him down. He also spent a summer hawking sunglasses from fold-up tables outside his home in San Jose, California.

He sold hundreds of pairs and made good money – $1,000, he estimates, which translated into about $7,000 today after adjusting for inflation. The sunglasses were discards from a manufacturer where his mother worked as an office manager.

“They couldn’t sell them at the stores because they had blemishes in them,” says Danziger, 63. “It was zero cost, and 100 percent (profit) margin.”

Danziger started working year-round at 17, skipping college for a job as a bellman at a San Francisco hotel.

He put both his children to work at 16. Not having a summer job, he says, leaves a hole in a teenager’s education.

“It’s learning the value of money, but it’s also learning the responsibility of people you are working with,” says Danziger, who took over the oversight of hotels for President Donald Trump’s company in 2015. “You have a schedule; people count on you.”

Panera Bread CEO Ron Shaich says he started his own bagel-and-lox delivery service at 16, using his bicycle to make deliveries.

Shaich learned that business is harder than he had thought. He loved the actual selling, but getting up early to make deliveries took time to adjust to. He’s kept a copy of the advertisement he placed in the local newspaper for the service.

“Every summer in my youth consisted of performing different tasks on the farm,” he says.

He recalls being paid 6 cents for each stick of tobacco he cut. He started at Kroger at 17 while attending the University of Kentucky.

“I worked nights and picked up as many shifts as I could to earn extra money to help pay my way through college,” he says.