Celebrities flock to tribute of comedy great - The Horn News 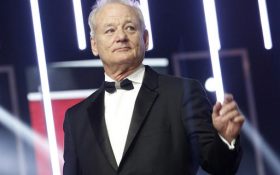 Emma Stone and Jane Curtin are late additions to the lineup of performers who’ll celebrate Bill Murray when he receives the nation’s top prize for humor.

The Kennedy Center announced Tuesday that Stone and Curtin will take the stage in honor of Murray on Sunday night. Murray is this year’s recipient of the Mark Twain Prize for American Humor.

Curtin performed alongside Murray on “Saturday Night Live.” Stone co-starred with him in the little-seen movie “Aloha.”

Also new to the lineup are musician Rhiannon Giddens and Ivan Reitman, who directed Murray in “Ghostbusters.” Murray’s co-star in that movie, Dan Aykroyd, has dropped out of the event. The Kennedy Center says he has a scheduling conflict.