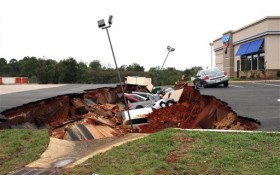 A cave-in of a restaurant parking lot in Mississippi swallowed 12 cars and now experts are expected to begin work Monday to determine the cause of the weekend collapse, authorities said.

No one was reported injured when the pavement gave way Saturday night, leaving a long gash in the ground into which the vehicles tumbled. 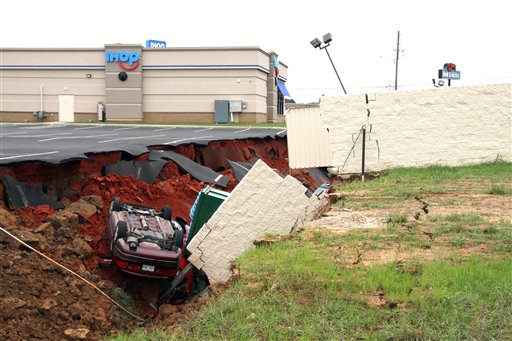 Meridian Public Safety Director Buck Roberts told The Meridian Star that the collapse was not the result of a sinkhole, which is generally caused when an underground water aquifer dries and leaves a void in the ground. “You can call it what you want, a cave-in or whatever, but it is not a sinkhole,” Roberts said.

Roberts said engineers and contractors would be on the scene Monday studying the site. 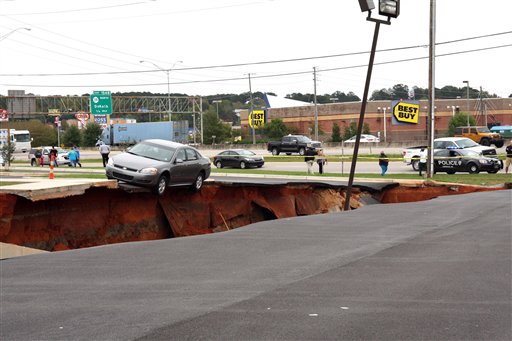 about 35 feet wide and 400 feet long had collapsed. Cars, trucks and sport utility vehicles had dropped into the gash in the earth, which appeared to be about 15 feet deep.

News photographs showed one car perched on the rim of the gaping hole.

Gwendolyn Fikes told the newspaper her daughter’s car was one of the vehicles that fell into to the chasm. Fikes said she and her daughter had stopped by the restaurant just minutes earlier when it happened.

“We’d been in there about three minutes,” Fikes said and they suddenly heard a “boom.”