VOTE: California to divide into 3 new states!? - The Horn News 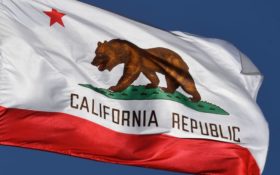 An effort to divide California into three states has collected enough signatures to qualify for the November ballot. Now it’s up to voters to divide the state, or keep it together.

In April, The Horn News reported that tech billionaire Timothy Draper was the driving force behind the initiative, and that it had cleared its first legal hurdle allowing Draper to take the next step of asking California residents to sign his petition.

California’s secretary of state’s office confirmed on Tuesday that roughly 600,000 signatures have been submitted in favor of the campaign, and that California will be moving forward with a vote during the midterm elections.

The campaign, dubbed the “Cal-3” has been sponsored by Draper as a measure to divide the country’s most populous state into three separate jurisdictions. According to Fox News, the state would be as follows:

— California would be made up of six mainly coastal counties, including Los Angeles, Santa Barbara and Ventura counties.

— Northern California would include 40 counties from Santa Cruz to the Oregon border, including San Francisco and Sacramento, the state’s current capital.

The Horn News predicted in April that the vote making it to the ballot was not “too far fetched.”

If the campaign does pass in November, the new California map would look something like this —

“California government has rotted,” Draper told the Mercury News last month. “We need to empower our population to improve their government.”

However, the initiative is facing some tough odds.

According to The Los Angeles Times, even if the campaign does get approved by the voters, the California Assembly and State still needs to give their approval.

If the campaign passed, it would be the first official division of a U.S. state since 1863 when West Virginia was created.