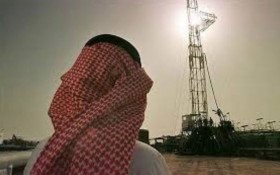 Concerned neighbors called the Los Angeles County police in late September to report a blood-covered woman screaming for help and trying desperately to scale a massive wall that surrounds the residence of Majed Abdulaziz Al-Saud, a 29-year-old Saudi prince living on the 2500 block of ritzy Wallingford Drive.

Monday, prosecutors said they are declining to file any charges against the Saudi prince.

Cops originally arrested Al-Saud under suspicion of sexual assaults at his massive, multi-million dollar compound on the edge of Beverly Hills

Lawyers for the heir to the Saudi oil billions quickly sprung him from jail after bail was set at just $300,000. The Saudi royal family is reportedly worth more than $1 trillion.

Al-Saud, 29 was arrested after police said one of his female workers said he tried to force her to perform sexual acts on him inside the residence, according to the Los Angeles Times.

Police also alleged there were multiple other victims, and at least three women have sued Al-Saud in civil court for these assaults.

Al-Saud has remained in Southern California, free on bail, since he was first arrested on Sept. 23, according to his attorney.

According to the multiple sources, the civil lawsuit that has been filed against Al-Saud in the Los Angeles County Superior Court on Sept. 25 accuses the Saudi prince of attacking three women, identified only as Jane Does, inside his mansion for several days.

The suit says Al-Saud’s behavior was “extreme,” “outrageous” and “despicable.” and Al-Saud was originally arrested on suspicions of forcing women into oral copulation.

When the police first arrived at the scene, it was still a “party atmosphere,” according to LAPD Lt. John Jenal.