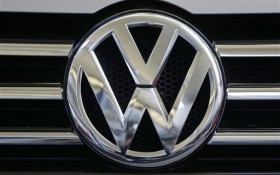 It’s a bad day for the VW stock owners. So far, around 15 billion euros ($16.9 billion) was wiped off the market value of Volkswagen AG on Monday following revelations that the German carmaker rigged U.S. emissions tests for about 500,000 diesel cars. And that’s not all – the company could face up to $18 billion in fines.

By midday trading in Frankfurt, Volkswagen’s share price was 19.3 percent lower at a three-year low of 130.20 euros. Its dramatic fall weighed heavily on Germany’s main stock index, the DAX, which underperformed its peers in Europe with a 0.6 percent decline.

Volkswagen’s market woes Monday follow a weekend that saw the company’s reputation for probity seriously damaged by revelations from the Environmental Protection Agency in the U.S. that it had skirted clean air rules. All told, the EPA indicated that VW faces fines that could run up to more than $18 billion.

The EPA said VW used a device programmed to detect when the cars are undergoing official emissions testing. The software device then turns off the emissions controls during normal driving situations, allowing the cars to emit more than the legal limit of pollutants.

Volkswagen marketed the diesel-powered cars, which account for about 25 percent of sales, as being better for the environment. The cars, built in the last seven years, include the Audi A3, VW Jetta, Beetle, Golf and Passat models.

“The company will have to recall nearly 500,000 affected cars, which will cost it millions of dollars, and that’s even before the damage to its brand and potential fines,” said Michael Hewson, chief market analyst at CMC Markets.

The agency has ordered VW to fix the cars at its own expense but said car owners do not need to take any immediate action. The EPA insisted that the violations do not pose any safety hazard and said the cars remain legal to drive and sell while Volkswagen comes up with a plan to recall and repair them. However, it said the cars posed a threat to public health.

The EPA also indicated the scale of the fines that could be imposed on VW. It said the carmaker could be hit up to $37,500 per vehicle for the violations — a total of more than $18 billion. The California Air Resources Board is also investigating.

Volkswagen has had a difficult year, its share price having fallen from over 250 euros amid signs of faltering sales in the U.S. and China.

VW edged out Toyota to become the world’s top-selling automaker the first half of 2015. But a hit to its reputation from the emissions revelations could hamper its efforts at a sales rebound in the U.S.

If other regulatory authorities decide VW has a case to answer, then the carmaker faces the potential for even bigger fines.

“The news so far revolves around the U.S. impact, but if European investigators become interested the potential penalties could multiply very quickly,” said Chris Beauchamp, senior market analyst at IG.