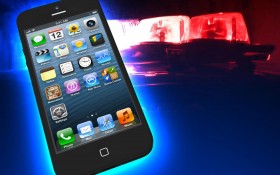 Police in Maine say a teenager’s accidental pocket dial to 911 led to three arrests for vandalism that included damage to a fleet of school buses on Halloween.

The Sun Journal reports that the errant call in Lisbon led police to the teenagers, who were charged with illegally consuming alcohol and vandalizing school buses. Police say the teenager who accidentally called police had 911 on speed dial.

Investigators did not say which of the teens placed the pocket call.