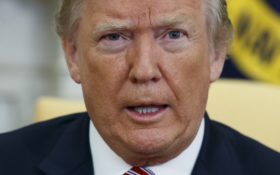 Twitter is one of the most important sources of news and information out there right now… and they’ve just been CAUGHT trying to silence one side and sway the national debate.

And in what will come as no surprise at all to conservatives, Twitter is favoring the left!

An explosive new report from the Vice news website confirms what Twitter has long denied: The company is actively silencing people on the right, including prominent conservatives such as Republican National Committee chairwoman Ronna McDaniel and Florida Rep. Matt Gaetz, a Republican.

It’s called a “shadow ban” and it limits who can see your tweets, cutting off your ability to communicate with your followers and the rest of the world.

“I feel victimized and violated by a platform that holds itself out to be a public forum,” Gaetz told The Hill. “It’s really frustrating to think that the marketplace of ideas couldn’t accommodate the thoughts and musings that I contribute.”

Gaetz has every right to be angry.

At least if they had truly banned him, he’d know it – and could speak out against this ugly form of bias and censorship.

But a shadow ban is far more sinister because you don’t actually know it at the time.

One engineer caught on a hidden camera explained how it worked earlier this year.

“One strategy is to shadow ban so you have ultimate control,” former engineer Abhinav Vadrevu said in a sting video recorded by conservative provocateur James O’Keefe of Project Veritas. “The idea of a shadow ban is that you ban someone but they don’t know they’ve been banned because they keep posting and no one sees their content. So they just think that no one is engaging with their content when in reality, no one is seeing it.”

Yes, you don’t know you’ve been banned. Your account remains active and you can keep sending out tweets – but they’ve been cast into the shadows!

“Twitter does not shadow ban accounts,” a spokeswoman told Ars Technica in January.

Vice News found when it tried to search for liberals on Twitter such as Democratic National Committee Chairman Tom Perez, the website played right along.

Typing “Tom Perez” into the search box led right to the DNC leader from the pulldown menu. Ditto for other leftist darlings, even scandal-plagued Rep. Maxine Waters (D-Calif.).

But typing in names such as Ronna McDaniel and Matt Gaetz led nowhere. They appeared when doing a full search, but not in the dropdown menu that most people rely on.

“The notion that social media companies would suppress certain political points of view should concern every American,” McDaniel told Vice. “Twitter owes the public answers to what’s really going on.”

Twitter has since “fixed” it, but what’s to stop them from doing it again or to others who have ideas they don’t like?

The company said earlier this year that it was trying to act against “trolls” and those who engage in abusive language by limiting their visibility.

“The result is that people contributing to the healthy conversation will be more visible in conversations and search,” the company said in a blog post in May.

While no one wants to see hate speech and abusive language, it’s now become clear who the company is targeting.