Something stinks… The Great Pennsylvania Cheese Conspiracy - The Horn News 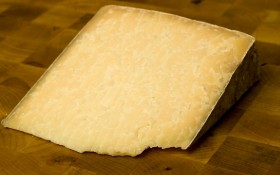 Something stinks – and it’s not the cheese! A Pennsylvania manufacturer is accused of selling imitation Parmesan and Romano cheese that actually contained other cheeses, including cheddar and Swiss.

Prosecutors say the cheeses labeled as “real” Parmesan and Romano didn’t conform to U.S. Food and Drug Administration standards and contained trims of other cheeses.

Michelle Myrter, president of Castle Cheese Inc. and a corporate officer in both of the other companies, is charged with the misdemeanor of aiding and abetting the introduction of misbranded and adulterated food.

Her attorney, Stephen Stallings, says Myrter has a plea agreement that involves probation for her and $500,000 in restitution and forfeitures for each of the companies.