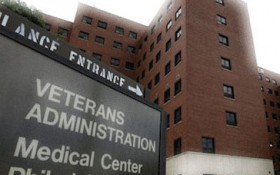 The Office of the Inspector General (OIG) launched surprise raids of 10 Veterans Affairs Regional Offices (VARO) last summer after receiving a tip from a whistleblower.

And what they found was disturbing.

According to the recently released report, the VA has been methodically destroying hundreds of veterans’ benefits and claim documents at their offices in Atlanta, Chicago, Houston, New Orleans, Philadelphia and Reno.

And those actions “could result in loss of claims and medical evidence, incorrect decisions, and delays in claims processing,” the OIG’s report states.

According to the report, the OIG found the VARO staff had scheduled for destruction documents that either directly affected veterans’ benefits, could have affected them, or should have at least been kept in veterans’ claim folders.

And these were just the documents discovered during the surprise audit, meaning the problem could be much more widespread than the OIG has found.

“The potential effect should not be minimized. Considering that there are 56 VARO, and if weekly shredding is conducted, it is highly likely that claims-related documents at other VAROs are being improperly scheduled for destruction that could result in loss of claims and evidence, incorrect decisions and delays in claims processing,” the report concluded.

The VA has struggled with scandals for nearly three years since news emerged out of Phoenix of chronic delays for veterans seeking medical care, and falsified records covering up the long waits.

Similar problems were soon discovered at VA medical centers nationwide, affecting thousands of veterans and prompting an outcry in Congress.

The “Review of Claims-Related Documents Pending Destruction at VA Regional Offices” report can be found here.