Busted! 2/3rds of THESE reports were faked! - The Horn News 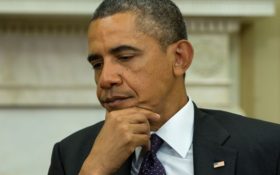 In a rare piece of solid investigative journalism, National Public Radio launched an investigation into recent reports of school shootings — and found the Department of Education under former President Barack Obama was providing made-up numbers of how many actual shootings were happening.

Earlier this year, the Obama administration reported that during the 2015-2016 school year, “nearly 240 schools … reported at least 1 incident involving a school-related shooting.”

But when those 240 schools were asked about the incidents, the truth was stunning. NPR discovered that roughly more than two-thirds of these alleged shootings never actually happened.

Over the course of three months, NPR investigative journalists reached out to all of the school listed on the DoE report with help from Child Trends, a nonpartisan research group.

By actually asking the schools — not the Obama administration — NPR could only confirm 11 of the 240 reported school shootings actually happened, validated “either directly with schools or through media reports.”

The remaining 161 schools could not confirm an incident, or simply denied the reported incident happened.

“When we’re talking about such an important and rare event, [this] amount of data error could be very meaningful,” says Deborah Temkin, a researcher and program director at Child Trends.

But an NPR investigation finds that more than two-thirds of these reported incidents never happened. https://t.co/5AxSOK20fG pic.twitter.com/VHtBN28wQ6

According to NPR, when they reached out to the Education Department for comment, they pointed to survey responses provided by the school districts.

The data comes from a “Firearm Use” question that was asked by the DoE for the first time in the most recent survey sent out, explained The College Fix.

In the 2015-2016 school year, the question was simple: “Has there been at least one incident at your school that involved a shooting (regardless of whether anyone was hurt)?”

What the Obama administration later reported wasn’t the truth, though. Almost every school that NPR contacted mostly had no idea how these shootings were even reported.

For example, there were 26 shootings that reportedly happened in one year at Ventura Unified School Distrct in Southern California… and their assistant superintendent denied the account, and claimed someone must have clicked the wrong button.

“I think someone pushed the wrong button,” said Jeff Davis, an assistant superintendent there. The outgoing superintendent, Joe Richards, “has been here for almost 30 years and he doesn’t remember any shootings,” Davis added.

Also in California, the CRDC said the Santa Monica-Malibu Unified School District had four shootings that year among their 16 schools.

Gail Pinsker, spokeswoman for the district, says that “going back 20-plus years,” not one single person remembers any school shootings in the district.

The Office for Civil Rights received several complaints about their wording of the survey prior to it even being sent out.

A June 2014 research report noted that in previous surveys, districts had experienced, “unacceptable levels of reporting burden.” Another issue that the internal report states was a “lack of clarity in the definitions of key terms.”

According to NPR, an Education Department spokeswoman stated, “misreporting” is the school’s fault, not their department’s. “As always, data reported by recipients is self-reported and self-certified.”

The Obama administration never bothered to call and double-check how many children were actually being shot-at… but they still told everyone it was an epidemic.