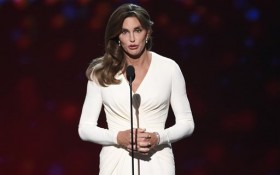 Two months after killing one and injuring seven others through alleged negligent driving, Bruce “Caitlyn” Jenner was given an award for courage by ESPN and starred in a reality TV show about her difficulties being a trans-woman.

Now Jenner could face a vehicular manslaughter charge after sheriff’s investigators found she was driving unsafely when she caused the chain-reaction crash in February.

Jenner was hauling an off-road vehicle on a trailer behind her Cadillac Escalade on Feb. 7 when she steered to avoid cars slowing for a traffic light in front of her on the Pacific Coast Highway in Malibu.

Jenner was unable to stop in time and her SUV rear-ended two cars, pushing a Lexus into oncoming traffic and also hitting a Toyota Prius. The Lexus driver, 69-year-old Kim Howe, was killed when her car was struck head-on by a Hummer.

If convicted, Jenner could face up to one year in county jail.

Investigators will present their findings to the district attorney by the end of August and that office will determine what, if any, charges Jenner will face.