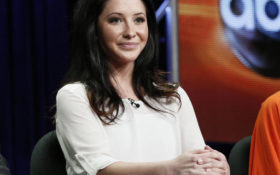 The daughter of former Alaska Gov. Sarah Palin announced her pregnancy Friday on Entertainment Tonight. She and husband Dakota Meyer said they are excited and “blessed” to welcome a baby in the spring.

A Palin family spokesman confirmed the 26-year-old is pregnant.

Bristol Palin launched an abstinence campaign after giving birth as an unwed teen. She had her son, Tripp, in December 2008 with former fiance Levi Johnston. She and Meyer had a daughter, Sailor Grace, in December 2015.

Bristol Palin also performed on “Dancing with the Stars” and had a short-lived cable TV show.