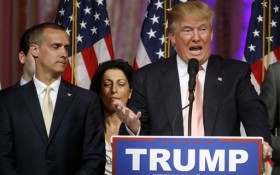 Florida police have charged Donald Trump’s campaign manager Corey Lewandowski with simple battery in connection with an incident earlier in the month involving a reporter.

Police in Jupiter, Florida, issued Lewandowski a notice Tuesday to appear before a judge on May 4 for the misdemeanor charge.

Lewandowski had reportedly turned himself in to police after an arrest report was issued.

A surveillance video released by the police appears to show Lewandowski grabbing a reporter for Breitbart News as she tried to ask Trump a question during a March 8 campaign event.

The Trump campaign said Lewandowski “is absolutely innocent of this charge” in a statement released late Tuesday morning.

“He will enter a plea of not guilty and looks forward to his day in court,” said the statement. “He is completely confident that he will be exonerated.”

A police report obtained by the press and posted below, includes an interview with the reporter, Michelle Fields, who worked for Breitbart News at the time.

“Lewandowski grabbed Fields’ left arm with his right hand causing her to turn and step back,” reads the report. Fields showed police her left forearm which “appeared to show a grabbing-type injury,” according to the investigating officer.

Video of the alleged incident was posted on YouTube —

Two editors and two reporters, including Fields herself, resigned from Breitbart News over the organization’s handling of the incident.

The police report, with addresses and phone numbers of those involved redacted by the Washington Post, is seen below: 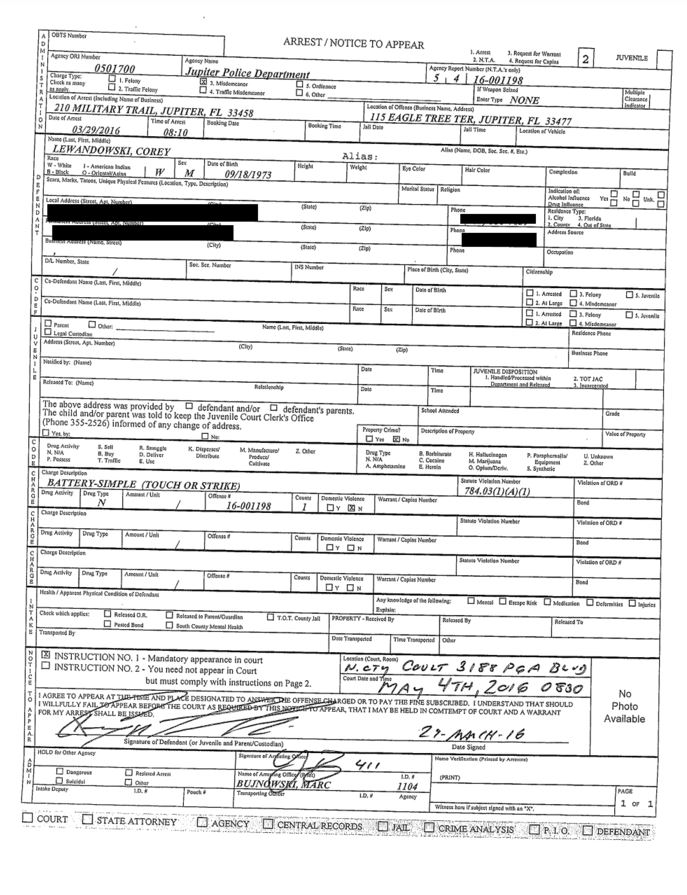 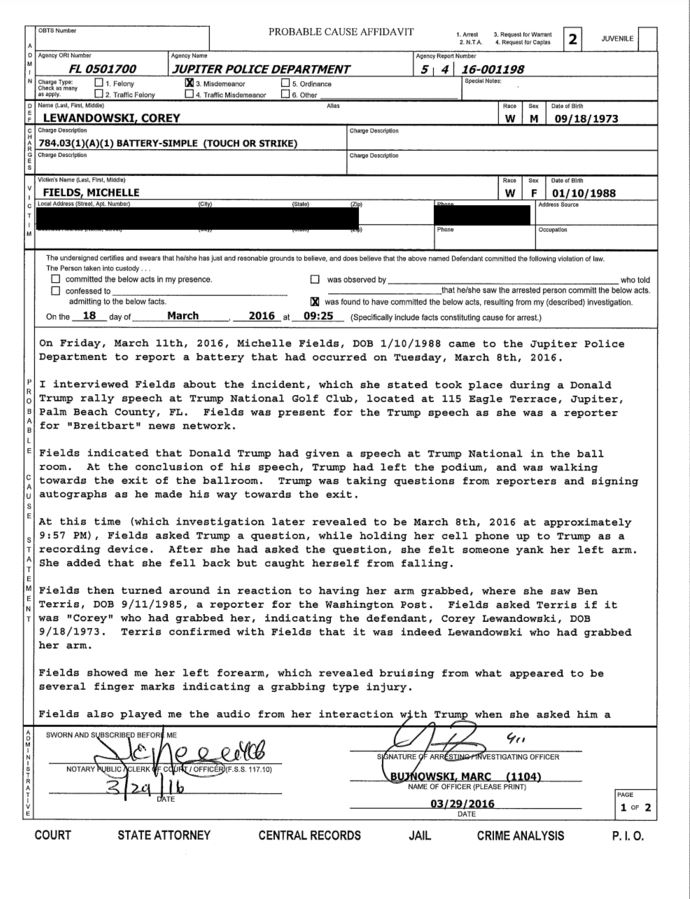 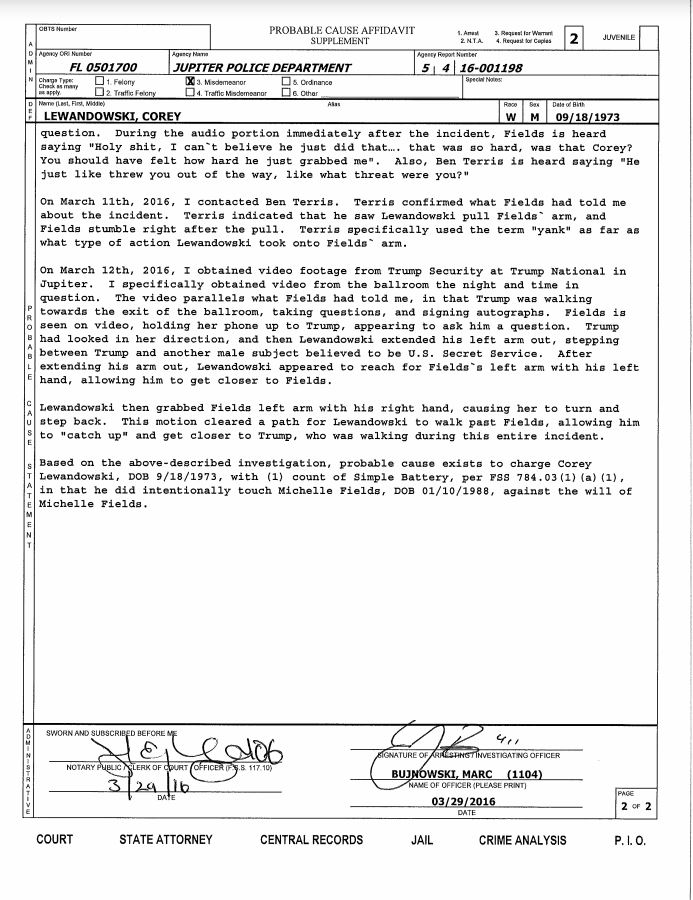