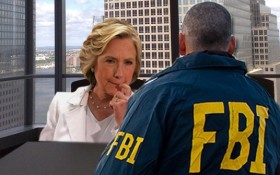 Democratic presidential candidate Hillary Clinton isn’t out of the woods yet — an indictment could still be on its way.

With just days to go before the 2016 general election, FBI Director James Comey has announced that he has reopened the criminal investigation into Clinton’s controversial homebrew email server.

Comey’s decision was made after “the FBI has learned of the existence of emails that appears to be pertinent to the probe,” the seasoned FBI director wrote in an official statement.

“The FBI is investigating illicit text messages that Mr. Weiner sent to a 15-year-old girl in North Carolina. The bureau told Congress on Friday that it had uncovered new emails related to the Clinton case — one federal official said they numbered in the thousands — potentially reigniting an issue that has weighed on the presidential campaign and offering a lifeline to Donald J. Trump less than two weeks before the election,” The New York Times reported.

A copy of Comey’s letter is below. 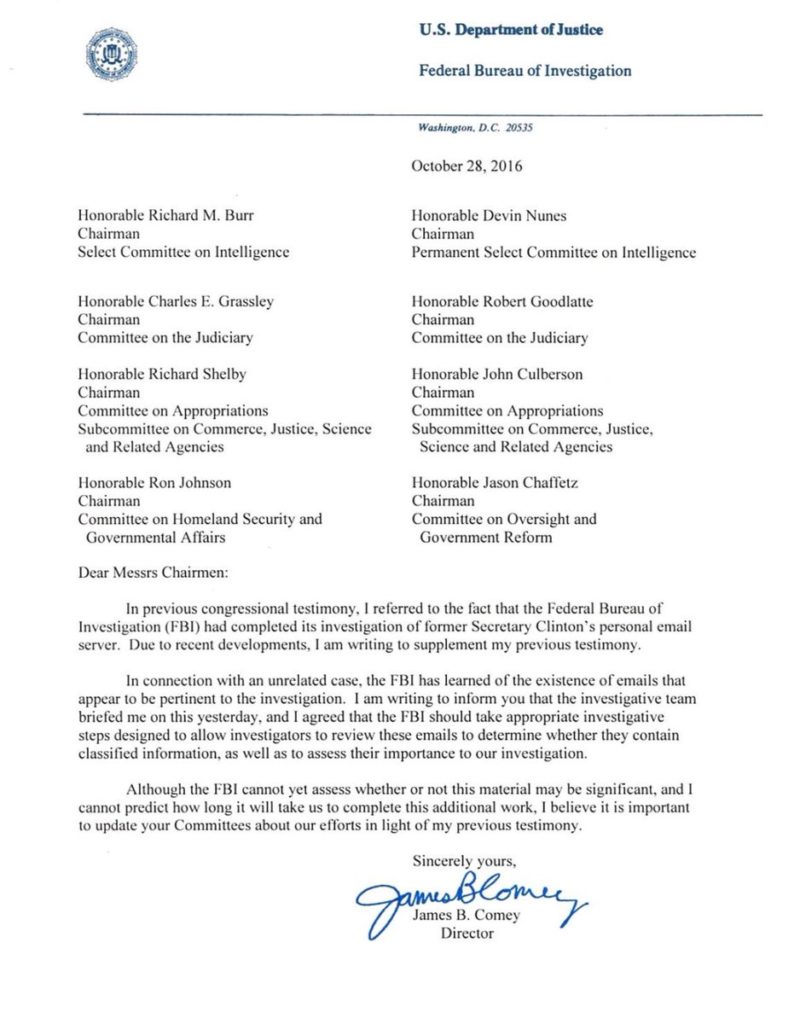