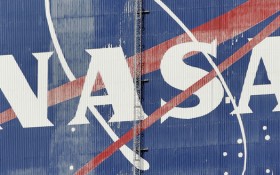 The Internet was abuzz a few weeks ago with speculation that astronomers may have discovered an “alien megastructure” in a nearby solar system.

Not so fast, NASA is now saying.

While some scientists speculated that the strange dimming of star KIC 8462852 could be caused by alien satellites, it’s much more likely due to a string of comets, says NASA.

While they admit it’s the more “boring” answer, NASA also says it’s likely the correct one.

So it looks like we’re safe from alien invasion… for now.