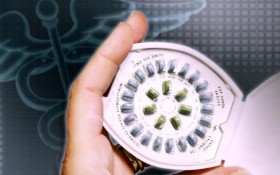 94 moms who had babies blamed errant birth control packaging and have joined other formerly-pregnant women in a huge negligence lawsuit filed in Philadelphia against several drug companies.

The lawsuit follows a 2011 recall of more than 500,000 blister packs after an Iowa customer found the pills packaged out of order, potentially increasing the chance of getting pregnant.

All but four of the 117 women involved in the lawsuit became pregnant and 94 went on to give birth.

They are now suing Endo Pharmaceuticals Inc. and other companies that made or distributed the pills under various brand names. The women are seeking damages for lost income, medical costs and, in some cases, the cost of raising their children.

A spokeswoman at Endo’s U.S. headquarters in Malvern did not immediately return a message Thursday seeking comment.

The lawsuit filed last week in Philadelphia came days after a federal judge in Georgia refused to grant class-action certification to a similar suit filed there.

U.S. District Judge Steve C. Jones noted in his ruling that only 53 of the half-million recalled blister packs had the pills arranged in reverse order in the package. He said that each woman’s case was unique — given whether she became pregnant, whether she carried the pregnancy to term, the relevant laws in her state, and whether she kept the package or receipt — and should be weighed individually.

Each packet of birth control contains 28 days’ worth of pills, with 21 containing hormones that prevent pregnancy and seven placebos pills. Women are supposed to take the pills in order and not mix the placebos with the active pills. The pills are normally color-coded to note the difference.

“It’s amorphous, what to decide (is) the cost and benefit of rearing a child,” Bodoh said this week.

The Philadelphia Inquirer first reported on the lawsuit in a story Tuesday.