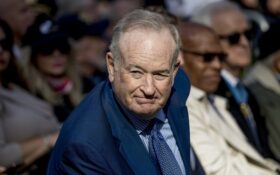 Bill O’Reilly blasted Fox News after the network cut off former House Speaker Newt Gingrich for claiming a billionaire had funded many far-left District Attorney election efforts in many of the cities currently embroiled in constant unrest.

Gingrich said that money provided by billionaire progressive activist George Soros had fueled riots in multiple U.S. cities throughout the summer. Following the police killing of George Floyd in Minneapolis in late May, approximately 570 protests have turned violent in the U.S., according to The Armed Conflict Location and Event Data Project.

“Progressive district attorneys are anti-police, pro-criminal, and overwhelmingly elected with George Soros’s money. And they’re a major cause of the violence we’re seeing because they keep putting the violent criminals back on the street,” Gingrich said in his Fox News appearance Wednesday.

Soros, 89, has donated billions of dollars of his personal wealth to far-left causes around the world, making him a favored target among many on the right.

Besides criticism, the Hungarian-American, who is Jewish, and has also been subject to wild conspiracy theories for decades, some that are anti-Semitic.

On Wednesday, Gingrich and Fox News star Harris Faulkner had an awkward exchange over Soros’ donations, and she ended up cutting Gingrich off. She later apologized, but not before O’Reilly had something to say about the move.

“George Soros has donated $17 million dollars to county races to get far-left progressives into the District Attorney’s office. That’s a fact, alright. $17 million. These are county races, so that’s an enormous amount of money!” O’Reilly explained on his website.

O’Reilly said there was something “really, really wrong going on” if you can’t criticize his actions, based on facts, just because he also happens the target of unfounded conspiracy theories.

You can see the clip here –

“Soros is using his billions of dollars to undermine the justice system in the United States—and you can’t discuss that?” pic.twitter.com/yfGHfP2T6D

Most recently, the billionaire Soros has organized a network of deep-pocketed progressive donors to fund vote by mail outreach for November.

A nonprofit arm of the donor network Way to Win is working with philanthropic organizations including the Ford Foundation and George Soros’ Open Society to raise the money. The network has already donated $50 million this cycle, which has largely gone to groups in battleground states including Michigan, North Carolina, Florida, Georgia and Arizona.

A crush of well-funded groups on both sides of the political divide has seized on the issue.

Though a key segment of the Republican electorate — older voters — has long relied on absentee voting, some in the party view broader access as a threat and have voiced worries that mail-in ballots are more susceptible to fraud. That includes President Donald Trump, who tweeted last month that it will lead to “RIGGED ELECTIONS!”

Trump himself does vote by absentee ballot. He later stated that his arguments were against universal mail-in voting, not absentee voting.