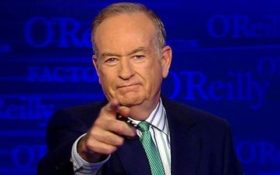 Bill O’Reilly made a disturbing prediction for January: President Donald Trump has a target on his back, and the establishment is pulling out all the stops.

The former Fox News star claims he has uncovered video proof of a plot by the anti-Trump establishment to launch a series of attacks against the White House to ring in the New Year.

This 7-second secret could change your life [sponsored]

It’s a plot that is a longtime in the making. And according to O’Reilly, Trump knows all about it.

There exists a bombshell tape where an anti-Trump political activist offers $200,000 to a woman if she’ll falsely accuse Trump of sexual assault, O’Reilly said .

Appearing on “The Glenn Beck’s Radio Program” on Friday, O’Reilly says both he and his lawyer have listened to the tape – and it’s going to come out soon.

“There is an audio tape of an anti-Trump person offering $200,000 dollars to a woman to accuse Donald Trump of untoward behavior,” O’Reilly said, before claiming he may approach the U.S. Attorney’s office regarding “at least three crimes on the tape”.

Not only that, Trump knows about the tape too, but hasn’t said anything yet.

“Why on Earth are you allowing a movement that’s trying to smear you when you have a powerful – and I mean it’s powerful – piece of evidence that shows this is an industry… that there are false charges, and money changing hands?” O’Reilly asked.

You can listen to the interview here —

Do you support Bill O'Reilly?