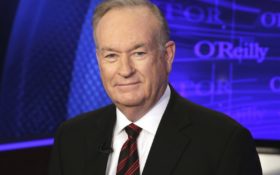 On Tuesday night, Bill O’Reilly is returning to primetime to share his opinion with the American people — for one night, at least.

The king of cable news for sixteen years, O’Reilly is returning to comment on President Donald Trump’s first State of the Union address on Newsmax television.

“Bill is one of the most remarkable newscasters in history,” Newsmax’s CEO Chris Ruddy said in the press announcement. “His frank, no-holds-barred analysis is needed in American media more than ever.”

Since leaving Fox News after a concentrated attack by former Secretary of State Hillary Clinton’s political machine, O’Reilly has been writing and commenting on the news on his website and podcast. He also co-authored the best selling book, “Killing England.”

He’s only returned to cable news once since his departure; in September, O’Reilly appeared on Fox News’ “Hannity” to helping propel the show’s ratings.

At least for one special night.