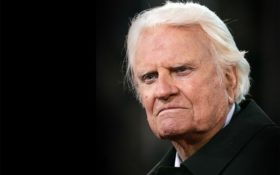 The Rev. Billy Graham, who transformed American religious life through his preaching and activism, becoming a counselor to presidents and the most widely heard Christian evangelist in history, has died.

Spokesman Mark DeMoss says Graham, who long suffered from cancer, pneumonia and other ailments, died at his home in North Carolina on Wednesday morning. He was 99.

Graham reached more than 200 million through his appearances and millions more through his pioneering use of television and radio. Unlike many traditional evangelists, he abandoned narrow fundamentalism to engage broader society.