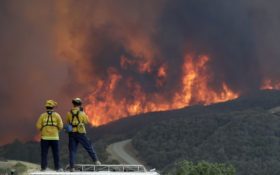 Wildfires tearing through trees and brush, rampaging up hillsides and incinerating neighborhoods: The place-names change but the devastation is showing signs of becoming the new normal in California.

On Monday, twin fires being treated as one incident north of San Francisco became the largest wildfire in state history, destroying 443 square miles — nearly the size of the city of Los Angeles.

The Mendocino Complex was still growing as it broke the record set last December. The Thomas Fire killed two people, burned 440 square miles, and destroyed more than 1,000 buildings in Southern California before being fully contained Jan. 12. 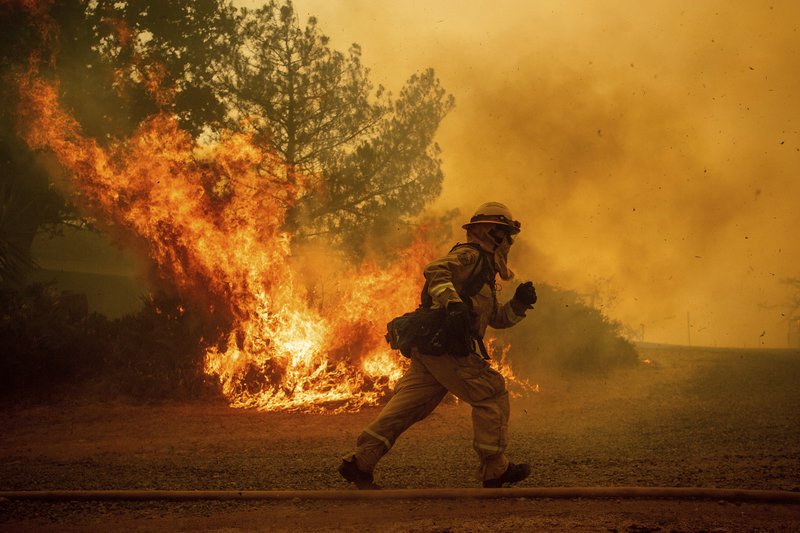 The Mendocino Complex, which is 30 percent contained, has been less destructive to property than some of the other wildfires in the state because it is mostly raging in remote areas. But officials say it threatens 11,300 buildings and some new evacuations were ordered over the weekend as the flames spread.

Hotter weather attributed to climate change is drying out vegetation, creating more intense fires that spread quickly from rural areas to city subdivisions, climate and fire experts say. But they also blame cities and towns that are expanding housing into previously undeveloped areas.

“I can remember a couple of years ago when we saw 10 to 12,000 firefighters in the states of California, Oregon and Washington and never the 14,000 we see now,” he said.

Crews made progress over the weekend against one of the two blazes in the Mendocino Complex with help from water-dropping aircraft, Cal Fire operations chief Charlie Blankenheim said in a video on Facebook. 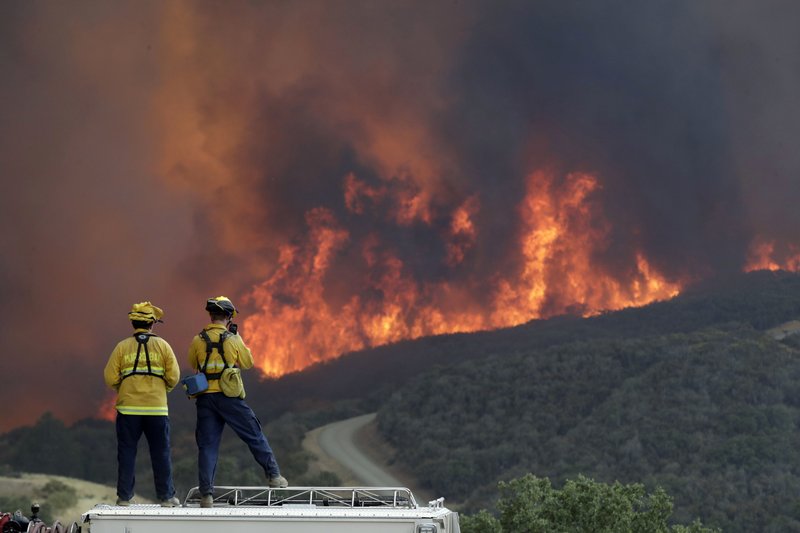 But the other one is growing after spreading into the Mendocino National Forest.

Meanwhile, a new fire erupted south of Los Angeles in Orange County on Monday and quickly spread through the chaparral-covered ridges of the Cleveland National Forest. Campgrounds and homes in Holy Jim Canyon were ordered evacuated. The fire sent up an enormous pillar of smoke and ash.

Farther north, crews gained ground against a deadly blaze that has destroyed more than 1,000 homes in and around Redding. It was nearly halfway contained, Cal Fire said.

The wildfire about 225 miles north of San Francisco started more than two weeks ago by sparks from the steel wheel of a towed-trailer’s flat tire. It killed two firefighters and four residents and displaced more than 38,000 people.

Officials began allowing some residents to return to their neighborhoods. But tens of thousands of others were still evacuated. 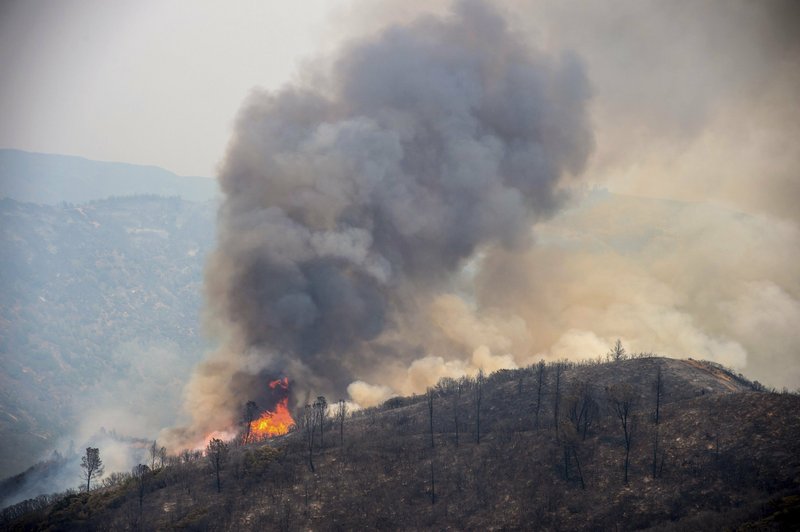 The fires in Northern California have created such a haze of smoke in the Central Valley that Sacramento County health officials advised residents to avoid outdoor activities for the entire week.

Another blaze that ignited last week in the Sierra Nevada has damaged a historic Northern California resort in the Stanislaus National Forest. The nearly century-old Dardanelle Resort has sustained massive structural damage, though the details were unclear, The Sacramento Bee newspaper reported. 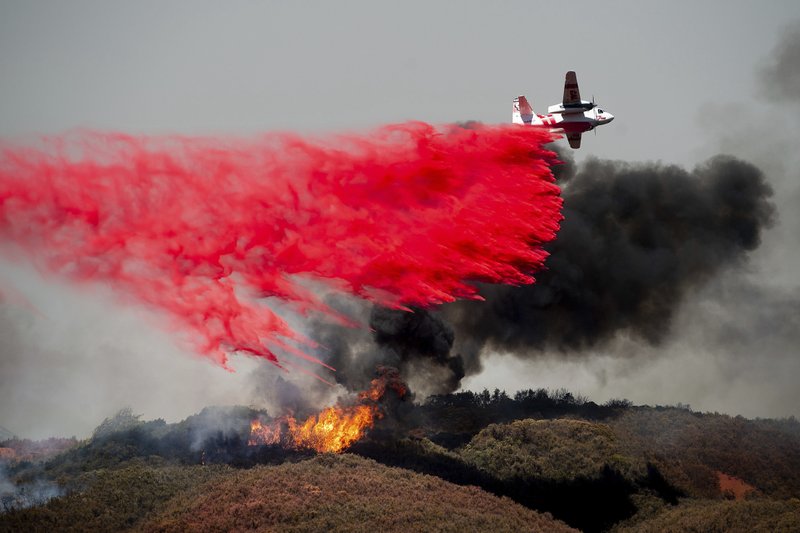 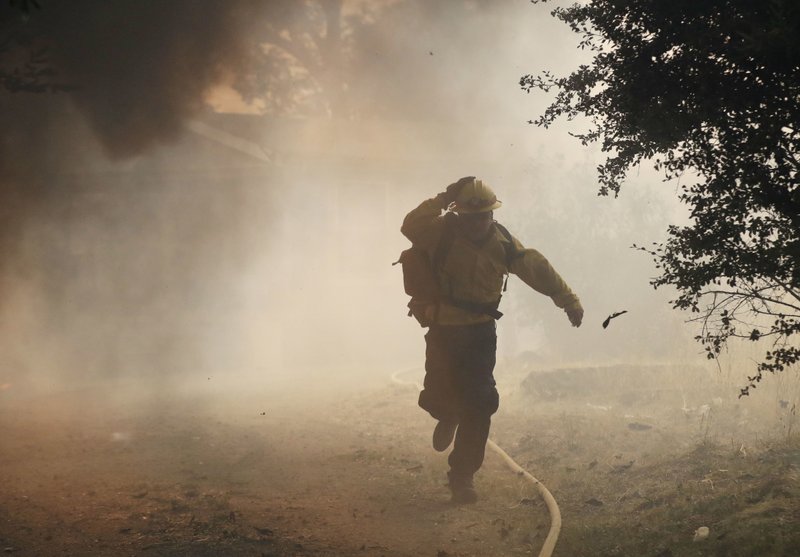