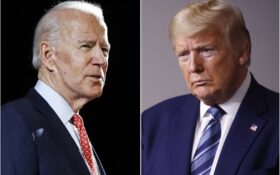 Mainstream media coverage of his decision to select Sen. Kamala Harris, D-Calif., as his vice presidential running mate has been 100% positive. He’s still leading in the polls. And his attacks on President Donald Trump’s payroll tax cut put the White House on the defensive.

His campaign released an ad in the swing state of Florida, home to 20.5 million senior citizens, that accused Trump of “slashing hundreds of billions of dollars from the Social Security Trust Fund.”

But the vice president hasn’t always felt that way. When President Barack Obama enacted his own payroll tax cut during the Great Recession, Biden led the administration’s sales efforts.

As the sitting vice president of the United States, Joe Biden wrote a 2011 op-ed for USA Today calling a payroll tax cut a “sound economic policy” that will get money “into the hands of those who need it most — middle class families.”

Sounds like a ringing endorsement of Trump’s plan, doesn’t it?

“The payroll tax holiday is one of the most effective ways to spark real, lasting economic growth,” without harming Social Security in any way, Biden said.

“That’s extra money they can use to help with bills and groceries, or even to upgrade appliances or make their home more energy efficient,” he wrote.

Reducing the payroll tax will spark new spending and “lead to an increase in demand for products made right here in the U.S., creating more manufacturing jobs.”

Biden blasted people he accused of spreading “misinformation that the payroll tax cut will threaten the solvency of Social Security.”

He touted the fact that Barack Obama promised to make up for the money the Social Security Trust Fund lost by funding it out of general government revenues.

Trump did not reduce the payroll tax; he suspended it completely, freeing up even more money for the productive economy.

And Trump administration spokespeople have confirmed that any money that the president will make up any money the Social Security Trust Fund loses at year’s end—either by having employers collect back taxes or by shifting around money from other parts of the budget to fix the shortfall.

“The president in no way wants to harm those trust funds, so they’d be reimbursed just as they always have in the past when we’ve done these types of things,” Treasury Secretary Steve Mnuchin said on “Fox News Sunday.”

It would seem that Biden isn’t the only Democrat with a short-term memory problem.

Senate Minority Leader Chuck Schumer and Speaker of the House Nancy Pelosi said over the weekend that Trump’s actions would “endanger seniors’ Social Security and Medicare.”

But in 2011, Sen. Schumer said Republicans “stalling of payroll tax cut shows they are still putting politics before recovery.”

Nancy Pelosi called the 2011 payroll tax cut “a victory for all Americans – for the security of our middle class, for the health of our seniors, and for economic growth and job creation.” And just months later, the San Francisco Democrat told the PBS Newshour that payroll tax cuts “are necessary because our economy and our people need this boost. For individual families, 160 million American families, this will be a boost…will be a job creator.”

And former President Obama shamed congressional Republicans who refused to sign on to his economic policy in 2011.

“It would be inexcusable for Congress not to further extend this middle-class tax cut for the rest of the year,” Obama said. “This is a way to boost the economy that has been supported by these very same Democrats and Republicans in the past.”

The Republican National Committee called out the flip-flop, saying that “Trump Derangement Syndrome is on full display.”

“Democrats, including Vice President Joe Biden show yet again that they will shamelessly oppose anything President Trump proposes, even if they supported the action in the past,” the RNC said.

Highlighting this Biden gaffe could turn his momentum around, just as the presidential race heats up.