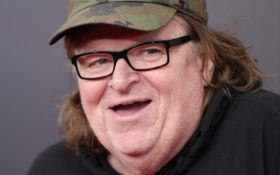 The 2016 election was a nightmare the Democrats are desperately trying to forget.

But one Joe Biden ally and longtime liberal supporter is worried that his campaign is making the same mistakes that cost Hillary Clinton the 2016 presidency.

And he’s not pulling punches.

His warning comes on the heels of a poll released by Detroit Free Press, that show Biden’s lead on Michigan potentially slipping away. It’s currently a big lead — eight points. But it has been shrinking quickly.

Biden was up 16 points as recently as June, according to polls.

Déjà Vu for the Democrats?

Moore says he’s all too familiar with this situation. He remembers all too well Hillary’s neglecting of Michigan, wrongly assuming the “blue wall” would hold.

If Biden isn’t careful, Moore says he’ll wind up in the same boat.

“The fact that Trump has narrowed the lead by 50 percent since June should have everybody screaming bloody murder,” Moore said. “We don’t have a minute to lose on this.”

“At least there was a ground game, even though she didn’t show up. There were Hillary offices in many towns, there were door-to-door campaigns.”

And if the poll numbers aren’t enough to wake the “invisible” campaign, perhaps words from the voters will.

According to a recent TIME report, many Michigan residents can’t even find Biden’s campaign signs anywhere around town. In fact, according to TIME correspondent Charlotte Alter, many Biden campaign staffers hadn’t even known whether or not they had people on the ground in the state. Others don’t even know where to go volunteer.

No physical canvassing, no enthusiastic volunteers, no events.

The Biden campaign has gone fully digital in Michigan.

Which doesn’t match Trump’s show of force throughout the state.

And as a result, many supporters are wondering if this is all amounting to one big mistake.

Biden has made all kinds of blunders, but a repeat Michigan loss to Trump would go down in the history books.