Biden aide to supporters – “Get ready” - The Horn News 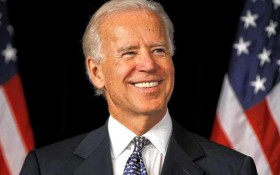 Vice President Joe Biden just sent a clear signal through his political team – get ready for a possible presidential run.

In a secret letter sent this week, a key Biden ally revealed that not only might Biden enter the presidential race soon, but he has a strategy prepared that he thinks could win. That could mean big trouble for former Secretary of State Hillary Clinton, whose polling numbers would suffer from a Biden entrance.

In a letter to former Biden staffers late Thursday, one of Biden’s closest advisers traced the contours of the argument Biden would make, and suggested a decision to run could be imminent.

“If he runs, he will run because of his burning conviction that we need to fundamentally change the balance in our economy and the political structure to restore the ability of the middle class to get ahead,” former Sen. Ted Kaufman said in an email to a list of Biden alumni.

Kaufman, who served as Biden’s chief of staff for two decades before replacing him in the Senate, has been at the vice president’s side for months, brought back into the immediate fold after Biden’s son died in May. He and two other aides have formed a protective and tight-lipped ring around Biden as he ponders a 2016 campaign.

Although Biden’s small team has been drafting a campaign blueprint and screening likely staffers for months, the letter to Biden’s former Senate, White House and campaign aides marked the most direct call to date for support for a potential campaign. It came as a growing number of Democratic leaders, including Clinton’s campaign chairman, expressed frustration with Biden’s delays and questioned whether it was already too late.

Yet even in the face of such skepticism, Biden has remained actively engaged in feeling out a potential campaign, placing calls this week to key Democrats in early primary states like Iowa and New Hampshire, said several individuals familiar with the conversations. These individuals weren’t authorized to comment publicly and requested anonymity. Still, they insisted that Biden had not yet made a final call.

In the letter, Kaufman didn’t identify specific policies Biden would propose if he ran. But in describing the approach the vice president would take, the letter drew an implicit contrast with Clinton, who has been criticized by some as a candidate for appearing calculated or overly choreographed.

“A campaign from the heart. A campaign consistent with his values, our values, and the values of the American people,” Kaufman said. “And I think it’s fair to say, knowing him as we all do, that it won’t be a scripted affair — after all, it’s Joe.”