'Betrayed': Joe Biden allies furious over this... - The Horn News 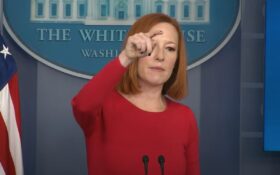 President Joe Biden wants to sign the massive Build Back Better Act (BBB), a massive spending bill that would cost almost $2 trillion for environmental and social programs. The Senate Democrats planned to pass it before Christmas… but Sen. Joe Manchin, D-W.Va., has sided with the 50 Republican senators to stop it.

Manchin remained the last holdout among the Senate Democrats… and he dropped a major bombshell in front of Brett Baier on Fox News Sunday that left the White House scrambling.

Manchin told Baier on Sunday, “This is a mammoth piece of legislation, and I’ve had my reservations from the beginning when I heard about it a five and half months ago. And I’ve been working diligently every day, every minute of every day. I’ve been working on this, meeting with — whether it’d be the president, President Biden, whether it’d be Majority Leader Schumer and his staff… I’ve done everything humanly possible.”

Manchin urged the Democrats to shelve social spending for a later date, in order to prioritize the coronavirus, inflation, the deficit, and a stable defense.

“I still have these concerns — and where I’m at right now — the inflation that I was concerned about,” Manchin said. “Then you have the debt that we’re carrying, $29 trillion, you have also the geopolitical unrest that we have. You have the COVID — the COVID variant, and that is wreaking havoc again.”

“We’ve got COVID at us. We haven’t tackled that one, and finish that. We got inflation,” Manchin continued. “That’s where our efforts should be right now.”

The senator concluded on Fox, “I can’t go home and explain it to the people of West Virginia, I can’t vote for it. And I cannot vote to continue with this piece of legislation. I just can’t. I’ve tried everything humanly possible. I can’t get there.”

Manchin clarified, “This is a no on this legislation.”

But Manchin didn’t rule out a revised version of the bill.

Plus, he reaffirmed his commitment to working with the Biden administration. “I will continue working with my colleagues on both sides of the aisle to address the needs of all Americans and do so in a way that does not risk our nation’s independence, security and way of life,” he wrote.

Still, he enraged the White House, the Progressive Caucus, and liberals across blue America.

“Senator Manchin’s comments this morning on FOX are at odds with his discussions this week with the President, with White House staff, and with his own public utterances,” Psaki wrote in a press release.

“While that framework was missing key priorities, we believed it could lead to a compromise acceptable to all. Senator Manchin promised to continue conversations in the days ahead, and to work with us to reach that common ground. If his comments on FOX and written statement indicate an end to that effort, they represent a sudden and inexplicable reversal in his position, and a breach of his commitments to the President and the Senator’s colleagues in the House and Senate.”

Psaki described the bill as “the fiscally responsible major bill that Congress has considered in years” … then she twisted the knife.

Senator Manchin will have to explain to those families paying $1,000 a month for insulin why they need to keep paying that, instead of $35 for that vital medicine. He will have to explain to the nearly two million women who would get the affordable day care they need to return to work why he opposes a plan to get them the help they need. Maybe Senator Manchin can explain to the millions of children who have been lifted out of poverty, in part due to the Child Tax Credit, why he wants to end a program that is helping achieve this milestone—we cannot.

Psaki promised to “press him to see if he will reverse his position yet again, to honor his prior commitments and be true to his word.”

“Today, Senator Manchin has betrayed his commitment not only to the President and Democrats in Congress but most importantly, to the American people. He routinely touts that he is a man of his word, but he can no longer say that,” Jayapal wrote in a statement Sunday. “West Virginians, and the country, see clearly who he is.”

Manchin has defended himself from accusations of flip-flopping. He points to changing circumstances, including the resurgence of delta and the rise of omicron.

He wrote in a press release Sunday, “My concerns [about the bill] have only increased as the pandemic surges on.”