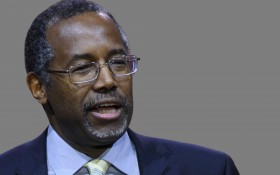 His idea has American voters on both sides of the aisle cheering — but establishment politicians like House Speaker Nancy Pelosi, D-Calif. are very worried.

Carson is calling for a Convention of the States to implement constitutional term limits for both members of Congress and federal judges.

This would mean Supreme Court justices can’t stay in office their entire life — and career politicians like Pelosi would quickly be out of a job.

“Our system was, actually, designed for citizen statesmen and not for career politicians,” had said recently during a town hall on Wednesday.

“It’s probably going to require an Article 5 convention,” Carson continued. “But it probably will at some point need to be done, not only for our elected members of Congress but also I think for federal judges, Supreme Court justices.”

The Fifth Article of the Constitution allows 2/3rds of states in the Union — 34 states — to vote for a Convention of the States. Once convened, state representatives would be able to add additional constitutional amendments like Congressional term limits or a balanced budget amendment.

“When the Constitution was put in place, the average age of death was 47,” Carson pointed out. “So a lifetime appointment for a federal judge was not as long.”

That has changed — and Carson says it requires fixes to the Constitution that both liberal and conservative voters want to be put in place.

“I certainly would be very open to that and have agreed with people who want to do that and certainly would support that,” Carson told conservative website The Blaze when asked about the proposed Convention of States.

What is a Convention of the States?

Prager University made an explanation video in 2017. You can watch it here —