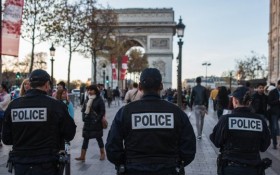 A Belgian judge has ruled that two men suspected of aiding the attackers who killed 130 people in Paris can be extradited to France.

The judge’s ruling Thursday concerns suspects Belgian authorities have identified only as Mohammed A., 27, and Ali O., 31. The decision was made public by the Belgian Federal Prosecutor’s Office.

It was not immediately clear when the two men will be handed over to the French. The prosecutor’s office said no additional information would be released about further proceedings.

Responsibility for the Nov. 13 attacks was claimed by the Islamic State extremist organization. The suspected ringleader and many of the attackers, who used assault rifles and suicide bombs to attack a Paris concert hall, cafes and restaurants and a stadium, were Belgian nationals or residents.