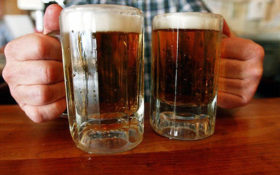 A New Jersey bar is not showing any NFL games over the Veterans Day weekend and will raise money for a local veterans’ charity instead.

An Army veteran asked the owners of Woody’s Roadside Tavern in Farmingdale to sacrifice Sunday football.

Andy Barcellona tells News 12 New Jersey the idea grew as NFL players chose to kneel during the national anthem to protest racism and police brutality. He says the players have lived privileged lives and it’s hurtful.

Woody’s owner Chris Maltese says it was an easy decision and the right thing to do.

Twenty percent of the tavern’s food sales will be donated to help veterans.