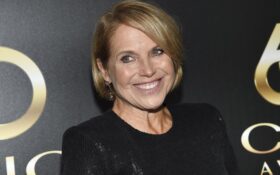 Couric edited an interview with Ginsburg where the late justice spoke out against kneeling during the national anthem because of her personal political views.

Ginsburg said those who kneel show “contempt for a government that has made it possible for their parents and grandparents to live a decent life, which they probably could not have lived in the places they came from.”

“As they became older they realize that this was youthful folly. And that’s why education is important,” Ginsburg said.

Couric edited that out of the Yahoo! News interview because it was problematic and insensitive to “racial justice” and instead only included Ginsburgs remarks that kneeling was “dumb and disrespectful.”

“Would I arrest them for doing it? No,” Ginsburg said, according to the report that Couric originally released. “I think it’s dumb and disrespectful. I would have the same answer if you asked me about flag burning.  I think it’s a terrible thing to do, but I wouldn’t lock a person up for doing it. I would point out how ridiculous it seems to me to do such an act.”

According to her memoirs, Couric wrote that she felt Ginsburg was too “elderly and probably didn’t fully understand the question” and her remarks were “unworthy of a crusader for equality.”

So she removed them to “protect” the liberal justice.

She wrote that she was conflicted about removing the quote because she was a “big fan” of Ginsburg’s politics, and ultimately decided she knew better than the Supreme Sourt justice.

Couric is setting off on a nationwide book tour in two weeks and is including a who’s who of celebrity guests.

Live Nation announced Thursday that Hollywood star Jennifer Garner, “Saturday Night Live” performers Chloe Fineman and Melissa Villaseñor, and Brad and Kimberly Paisley will be among those joining Couric for appearances around the country in support of her upcoming memoir “Going There.”

Tan France will be hand for the opening event, Oct. 28, at Boston Garden. The Paisleys will be with her in Nashville, Tennessee, Fineman and Villaseñor are scheduled for the Beacon Theatre in New York City, and Garner for the Orpheum Theatre in Los Angeles.

Other guests are Food Network host and best-selling author Ina Garten at Atlanta Symphony Hall, Chance the Rapper at the Chicago Theatre and a couple of fellow journalists: Savannah Guthrie, co-host of the “Today” show, Couric’s former job, will be with her at the Met Philadelphia; and, at the Anthem in Washington, D.C., Couric will be joined by Kara Swisher, an opinion writer for The New York Times and longtime technology reporter.

#MeToo activist Tarana Burke and singer Allison Russell also are expected to make appearances during the tour, which runs from Oct. 28-Nov. 15 and is in partnership with Live Nation and P&G.