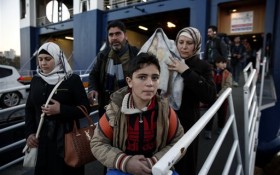 The European Union police agency says authorities dealing with Europe’s migrant crisis have lost track of about 10,000 unaccompanied children over the last 18 months amid fears that organized crime gangs are beginning to exploit the vulnerable youngsters.

Europol Chief of Staff Brian Donald said Monday that the figure “would be a conservative estimate across all the countries that are dealing with this migrant crisis.”

The revelation that so many youngsters are unaccounted for is the latest worrying development in the migrant crisis and underscores the risks faced by people fleeing conflict, poverty and persecution in the Middle East, Africa and Asia once they have reached the apparent safety of Europe.