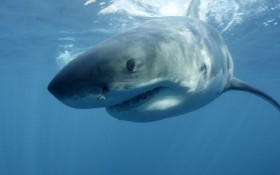 Australia is trying a new technology to stop shark attacks on swimmers along its beaches… drones.

A series of drones in New South Wales will watch the coastline for signs of big sharks in shallow water, then alert authorities when any are seen.

The New South Wales government is also testing “smart drum lines” – which consist of a large baited hook attached to a floating buoy. When the shark takes the bait, the buoy is able to send a GPS signal, allowing authorities to intervene quickly and release any non-lethal species.

Authorities hoping these measures will cut back on the number of shark attacks in the region. There have been 13 attacks in the area so far this year, with one fatality.