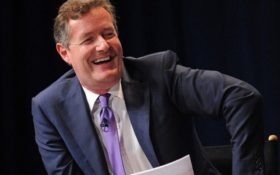 Allegedly, Omarosa offered Morgan sexual favors in exchange for a win on the show they both appeared on.

Morgan has supported President Donald Trump in the past, but in a op-ed written for The Daily Mail, he questioned why Trump would hire such a “relentlessly loathsome” person to work in his administration.

*NEW: Omarosa offered me sex to win Celebrity Apprentice, then called me a 'f***ing f*gg*t', invented gay smears & threatened to punch me.
Why the hell was this vile creature ever employed at the White House? https://t.co/HyxnSWyBLZ pic.twitter.com/UbXQzDX1Tj

In his stunning op-ed, Morgan exposes the type of person he believes Omarosa to be.

“I’ve met a lot of vile human beings in my life, from dictators and terrorists to sex abusers and wicked conmen. But I’ve never met anyone quite so relentlessly loathsome as Omarosa; a vicious, duplicitous, lying, conniving, backstabbing piece of work,” Morgan wrote.

While appearing on Fox News’s Tucker Carlson show, Carlson asked Morgan if this was his #MeToo movement.

Morgan brushed aside the question and instead responded Omarosa, “gave me then, for four or five weeks, unrelenting five barrels of abuse, tirades, homophobic stuff, and really vicious, nasty stuff. I couldn’t believe it.”

The British journalist did make sure to remind viewers that he also beat her on that edition of “Celebrity Big Brother.”

–Kylie Handler is a News Editor for The Horn News