Anderson Cooper said WHAT about Trump (he said he was hacked!) - The Horn News 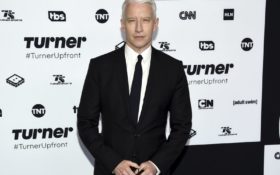 CNN says Anderson Cooper’s Twitter account was hacked after a since-removed tweet from his handle called the president a “tool” and a “pathetic loser” following Democrat Doug Jones win in Alabama’s Senate election.