Americans voice their concerns over China - The Horn News 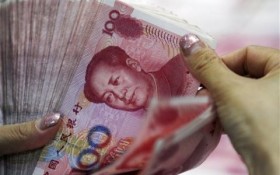 What are Americans’ biggest worries about China?  According to the Pew Research Center, it’s the Asian nation’s economic muscle that remains a more serious concern for Americans than security threats posed by cyber-attacks and the Chinese military, according to a survey released Wednesday.

The survey comes ahead of a high-profile U.S. state visit this month by China’s President Xi Jinping. Differences between the world powers have sharpened over hacking allegations and China’s increasing assertiveness in making territorial claims in the South China Sea.

The poll finds that 54 percent of Americans have an unfavorable view of China, and that negative views run much higher among Republicans than Democrats. But overall, eight out of 10 Americans see serious problems with China on key economic, security and social issues.

Concern is most intense over the $1.27 trillion in U.S. debt held by China and the loss of U.S. jobs to China. Next come cyberattacks, China’s policies on human rights, the U.S. trade deficit with China, China’s impact on the global environment, and its growing military power.

The poll was based on 1,003 telephone interviews in the U.S. between April 13 and May 3. The margin of error was 3.6 percentage points.

The survey was conducted before the revelations in June that millions of U.S. federal personnel records had been hacked. U.S. lawmakers have said the cyberattacks originated in China.

The polling also preceded recent turmoil in China’s stock market that rattled global markets, amid growing uncertainty over whether the communist government can manage reforms of the world’s second-largest economy after three decades of rapid growth.

Contenders for the 2016 Republican presidential contest have already been talking tough on China, and the survey found that Republicans are significantly more concerned about threats from China than Democrats.

However, the overall percentage of respondents describing debt, jobs and the trade deficit with China as a very serious concerns has declined significantly since a Pew poll last posed those questions in 2012. The unfavorable view of China has remained constant in the past three years.

Those unfavorable ratings are less pronounced among the young. Just 39 percent of respondents under 30 have a negative opinion of China, compared with 64 percent of those aged 50 and older.