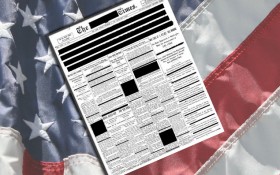 President Barack Obama promised his administration would be one of the most transparent in history. The opposite has been true.

In fact, a new report has found that the American press under Obama has fewer freedoms than they would under some Third World dictatorships.

The United States officially ranks 41st in the world for free press in the 2016 World Press Freedom Index.

It’s one of the lowest scores the United States has ever received on the index, released Wednesday by the group.

For years the press has complained about the secrecy of the Obama administration.

“[Obama’s] Justice Department has cracked down on reporters in an effort to prevent leaks; it also set a new record for withholding access to government files under the Freedom of Information Act (despite calling for a “new era of openness” on his first day in office); and photojournalists in 2013 from several major news organizations chastised the Obama administration for denying their ‘right to photograph or videotape the President while he is performing his official duties,’ instead relying on official photos shot by White House photographers,” NPR’s Sam Sanders said.

It’s even caused Congress to take action. This year, a House of Representatives report concluded that the freedom of information process under the Obama administration is broken and in need of serious change, after the backlog of Freedom of Information (FOIA) requests more than doubled since Obama took office in 2009.

In 2013, The Associated Press said, “As surely as if they were placing a hand over a journalist’s camera lens, officials in [Obama’s] administration are blocking the public from having an independent view of important functions of the Executive Branch of government.”