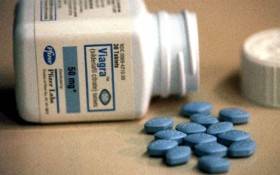 The American Medical Association on Tuesday called for a ban on direct-to-consumer ads for prescription drugs and implantable medical devices, saying they contribute to rising costs and patients’ demands for inappropriate treatment.

Delegates at the influential group’s policy-making meeting in Atlanta voted to adopt that as official policy as part of an AMA effort to make prescription drugs more affordable. It means AMA will lobby for a ban.

“Today’s vote in support of an advertising ban reflects concerns among physicians about the negative impact of commercially driven promotions and the role that marketing costs play in fueling escalating drug prices,” said Dr. Patrice Harris, an AMA board member.

According to data cited in an AMA news release, ad dollars spent by drugmakers have risen to $4.5 billion in the last two years, a 30 percent increase. Other data show prices on prescription drugs have climbed nearly 5 percent this year.

“Patient care can be compromised and delayed when prescription drugs are unaffordable and subject to coverage limitations by the patients’ health plan,” Harris said in the news release.

The AMA will evaluate the new policy in the coming weeks to determine how to proceed with seeking a ban.