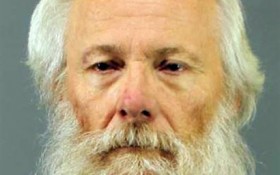 Prosecutors say he helped beat his two teens savagely as part of a cult ritual, one of whom was beaten to death. Now, he could be making a deal. The father of two teens beaten inside an upstate New York church has been offered a plea deal in his second-degree murder and assault case.

Sixty-five-year-old Bruce Leonard appeared briefly Tuesday in court, where the judge informed him that attorney David Longeretta will be representing him.

Leonard, his wife, Deborah, and six other members of the Word of Life Christian Church in New Hartford were charged in October in the fatal beating of 19-year-old Lucas Leonard and the beating of his 17-year-old brother, Christopher. Prosecutors say Lucas had indicated he wanted to leave the church.

Bruce Leonard is due back in court Jan. 19 to accept or decline the plea offer from prosecutors. Details of the offer haven’t been released.