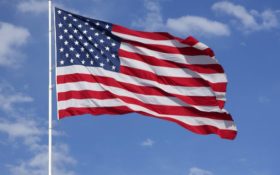 Months after getting legislative approval, some public schools in Alabama are considering putting up “In God We Trust” displays.

Blount County’s school board is set to become one of the first systems to take action, the news site reported. A policy on the issue could be drafted within the next month, Blount County Superintendent Rodney Green said.

Observers view Blount County as a testing ground for the upcoming legal battles with organizations that advocate for the separation of church and state.

“You would think that something that passes the Legislature won’t be challenged in the courtroom but we all know that it can and probably will,” said Green, who oversees a school system with more than 7,800 students over 17 schools north of Jefferson County.

“The upcoming election will say a lot about the direction of our nation,” she added. “With the Republicans in charge of Congress and so many of these states, we are seeing a constant push for theocracy.”

The Alabama legislation is not a mandate, and is a lighter version of what was approved by Tennessee lawmakers this spring that requires the motto’s prominent display inside all public schools.