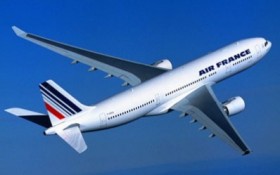 France’s national air company management is meeting Monday with unions worried female cabin crew could be disciplined if they refuse to work the company’s new route to Iran, for which they must wear a headscarf.

A note sent by Air France to female cabin crew employees requires them to wear a headscarf on their arrival in Tehran. They must also wear the uniform’s long-sleeved jacket and trousers, rather than a knee-length dress.

Flore Arrighi, president of cabin crew union UNAC, has asked Air France’s management not to sanction employees who refuse to work the route.

Unions want “a system in which those who go to Tehran will do it voluntarily”, she told France 3 television.