After Kalamazoo killings, are Uber rides safe? - The Horn News 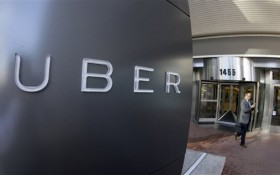 Uber is once again facing tough questions about safety after one of its drivers was charged with murder.

The fast-growing, San Francisco-based ride-hailing company defended its screening of drivers Monday, saying it couldn’t have predicted that driver Jason Dalton would engage in the random shootings that left a half-dozen people dead in Kalamazoo Saturday night. Uber said its safety procedures are robust and don’t need to change.

But some experts say the company needs to take a harder look at potential drivers if it wants to convince riders the service is safe, even as they agreed that Dalton wouldn’t have raised red flags because he didn’t have a criminal record.

Dalton, who had been driving for Uber for less than a month, was charged Monday with killing six people. The shootings began Saturday evening and took place over nearly five hours. The Kalamazoo County prosecutor says Dalton picked up Uber passengers after the first shootings and probably after subsequent shootings.

Uber security chief Joe Sullivan said Dalton cleared a background check and was approved to be a driver on Jan. 25. He had given slightly more than 100 rides and had a rating of 4.73 stars out of a possible five.

Until Saturday, Sullivan said, Uber had no reason to believe anything was amiss.

“No background check would have flagged and anticipated this situation.”

Still, the incident raised more questions about Uber’s security. The company earlier this month agreed to pay $28.5 million to settle two lawsuits that alleged it misled customers about safety procedures and fees. It’s also facing a separate a lawsuit by district attorneys in San Francisco and Los Angeles, who alleged that Uber’s checks failed to prevent the company from hiring several felons.

In response to the lawsuits, Uber has stopped using terms like “safer than a taxi” and “industry-leading background checks.” But it insists riders are protected, and points out that, unlike taxis, riders can rate drivers.

“The system that Uber has is extremely safe,” said Ed Davis, a former police commissioner from Boston who serves on Uber’s Safety Advisory Board.

Name checks can miss court records if a person uses an alias or their name is even slightly different from the records, Daus said.

Uber disputes that, and says the FBI records can be flawed because they don’t always make clear cases in which charges were dropped. That can discriminate against potential drivers. Sullivan says Uber checks court records back to seven years, and will send someone in person to check records that aren’t online.

In any case, both sides agree that Dalton wouldn’t have raised red flags, since he had no prior criminal record.

“A background check is just that. It does not foresee the future,” Davis said. But Daus said Uber’s process is still troubling, since background checks done by fingerprints by a government agency are public records that anyone can review. In this case, Uber controls the information, he said.

Sullivan indicated that Uber became aware at some point Saturday of issues with Dalton’s driving. He said the company received complaints about Dalton from several passengers on Saturday, including one about dangerous and erratic driving. Sullivan said Uber immediately suspends drivers who are accused of violent acts. But in the case of erratic driving, it typically contacts the driver first to make sure it hears both sides.

Uber passenger Matt Mellen said he called police to report that Dalton was driving erratically more than an hour before the shootings began. Mellen said he also tried to report Dalton to Uber.

Driver behavior is a problem Uber must address with the public as it grows and adds more cars, said Allen Adamson, founder of Brand Simple Consulting. The company, which is currently chalking up 3 million rides per day worldwide, needs to show that it has tough screening procedures and doesn’t just take anyone as a driver, he said.

“People expect Uber to ensure that that driver is safe, secure and can be trusted. That’s very hard for a rapidly growing company, and the bigger the company the harder it is to do,” Adamson said.

People will accept one or two fluke incidents, but “if it happens on a repeated basis, you are on thin ice with your brand,” Adamson said.

Customers appeared to sticking with the service, and backing the company’s safety processes.

Ian Leavitt, a medical research assistant at the University of Colorado in Denver, uses Uber a few times a month and he’ll continue to use it despite the shootings. Leavitt says that as long as Uber makes sure drivers don’t have a criminal record or links to terrorism, he’s satisfied that it’s doing all it can.

“A background check can’t predict the future. If someone with poor mental health hasn’t acted out in the past, they’ll make it through the check,” he said.