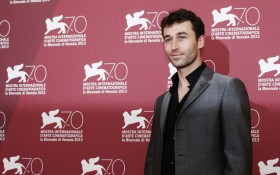 Deen, who has previously crossed over into mainstream successes such as the 2013 Hollywood film, “The Canyons” opposite Lindsay Lohan, and a regular sex column on women’s advice site TheFrisky.com entitled, “What Would James Deen Do?” has seen a tidal wave of accusations flood in of scandalous behavior.

That thing where you log in to the internet for a second and see people idolizing the guy who raped you as a feminist. That thing sucks.

@AshleyFires he put me out of work for almost 3 weeks yrs ago..Ended up in the hospital. No one thought it was a big deal or talked about it — Amber Rayne (@Amber_Raynexxx) December 1, 2015

Deen has since voluntarily stepped down from the board of the Adult Performer Advocacy committee, according to a press release by the board.  In a separate statement quoted by San Francisco weekly, website Kink.com announced they were also immediately severing their ties with Deen immediately.

And on Sunday, “The Frisky” released a third statement announcing they would no longer be publishing the “What Would James Deen Do?” column.

I want to assure my friends, fans and colleagues that these allegations are both false and defamatory