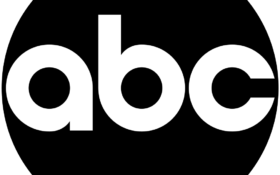 ABC News may have seen a ratings nosedive over the last several years… but the network is still attracting attention for behind-the-scenes drama.

For example, ABC “reporter” Kristen Hentschel apparently took a consulting firm’s cash to ask politicians trick questions, according to a shocking report by NPR and Floodlight.

Toby Overdorf, a Florida House candidate, had vowed to address his district’s water pollution, a topic of bipartisan concern in Florida. Then, Overdorf faced Hertschel’s inquisition regarding dead, endangered tortoises at a construction site in his district.

“I’ve been all over the site. There are no dead tortoises on the site,” Overdorf told Hentschel during his 2018 campaign. “I don’t know where this tip came from. I don’t know anything about it.

“Residents say they aren’t buying it,” Hentschel said afterward in a voice-over. “And they’re ready to start getting petitions signed to try to stop the project and protect their beloved gopher tortoise.”

There was never evidence found of dead tortoises. In fact, the city found zero evidence of any such tortoises ever living there.

“It was an attack ad against my livelihood, my family,” Overdorf told NPR. “And it was something that potentially could last far beyond my time running for office.”

At the time, Hentschel had reportedly taken $7,000 from Matrix, a consulting firm representing a power company and a sugar manufacturer. In other words, she stood to profit from hampering Overdorf’s clean-water initiatives.

In fact, Hentschel has pocketed at least $14,350 from the consulting firm since 2016, according to records “originally sent anonymously to the Orlando Sentinel and shared with Floodlight.”

At the time, Hentschel had only freelanced for ABC News.

“Hentschel inappropriately invoked her network ties in conducting work that had nothing to do with ABC News,” NPR said. “If she was working on these stories, she was not authorized to cover them for ABC News,” one person at ABC told NPR. This person requested anonymity to speak about this sensitive subject.

Overdorf ultimately won his Florida House race. Meanwhile, Hentschel was fired from ABC on Wednesday, according to a statement from the network.

“Kristen Hentschel was a freelance daily hire who never worked for ABC News on the political stories referenced in the NPR article,” the network told NPR. “She does not currently work for ABC NEWS.”

Hentschel was not only working for consulting firm Matrix while also producing freelance pieces for ABC News. She was having an affair with the onetime CEO, associates told NPR.

Previously, Hentschel had become known for a 2011 affair with Chris Hansen of ABC’s To Catch a Predator, according to the Daily Mail.