US forces get new commander in Middle East - The Horn News 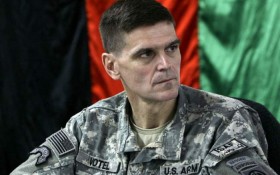 Defense Secretary Ash Carter is announcing that the general who heads his special operations forces will be nominated as the next commander for the Middle East.

Army Gen. Joseph Votel would take over leadership of U.S. Central Command, which oversees military operations in Iraq and Syria against the Islamic State Group. He would succeed Army Gen. Lloyd Austin, who is retiring.

Carter announced the decision at Central Command headquarters in Tampa, standing alongside Votel. He was in town to meet with his commanders about how the fight against IS will take shape this year.