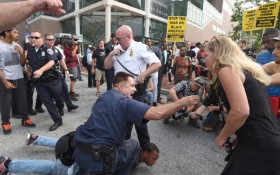 In Baltimore, this year can be divided into two parts: what came before Freddie Gray died and what happened afterward.

Gray, 25, suffered a mysterious injury in the back of a police transport van and died April 19, inspiring thousands to take to the streets to protest what they believed was the mistreatment by police of another young black man. The narrative of Gray’s life and death instantly became a thread in the fabric of the Black Lives Matter national movement.

The demonstrations were mostly peaceful for several days, but on the day Gray was buried, looting and rioting started. Businesses were burned down and the unrest ended up costing the city millions of dollars in property damage. The troubles forced an incumbent mayor in the throes of a re-election campaign to drop out of the race, and toppled the career of a reform-minded police chief who was unceremoniously fired. The homicide rate soared and the blood continues to spill on Baltimore’s streets at a pace unseen in decades. 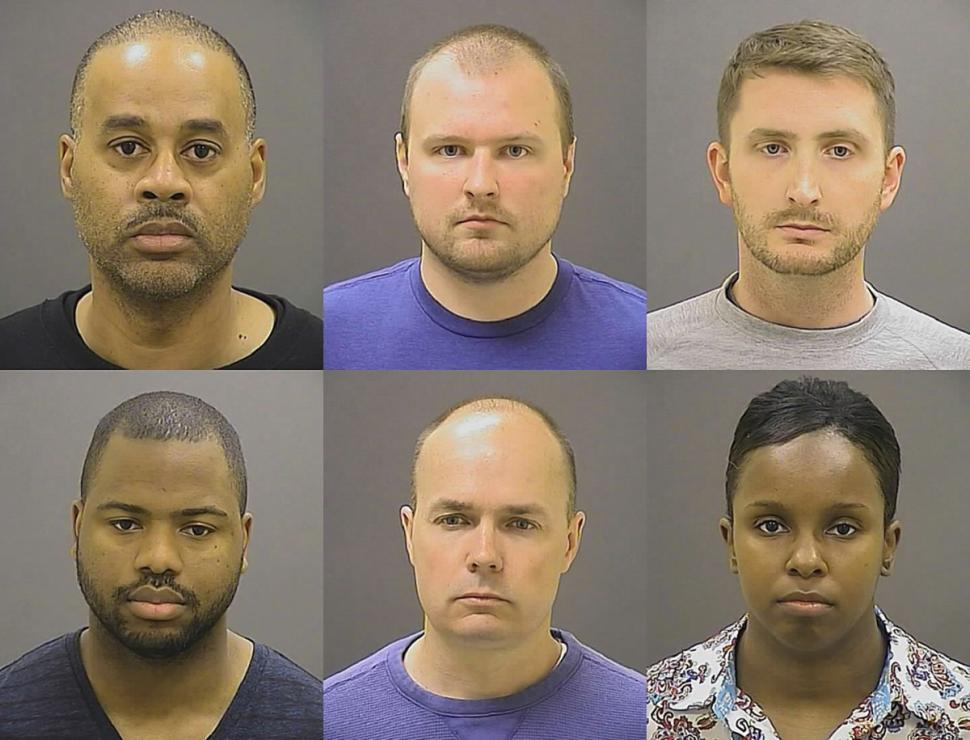 Six police officers were indicted in Gray’s death. Jury selection in the first trial begins Monday. A verdict will likely set the tone for the city: If Officer William Porter is acquitted there could be protests and possibly more unrest. A conviction could send shockwaves through the city’s troubled police department.

“Everything is at stake. The future of the city is at stake,” Police Commissioner Kevin Davis said.

Porter faces charges of assault, manslaughter, reckless endangerment and misconduct in office. He is accused of checking on Gray during several stops the van made during its 45-minute trip from the Gilmor Homes in Sandtown-Winchester, where Gray was arrested, to the Western District station house, where officers found Gray unresponsive and he was taken to a hospital. He died a week later.

Gray was initially handcuffed. Later during his van ride, his legs were shackled and he was placed back in the van without a seatbelt, a violation of department policy, prosecutors have said.

Porter is black. Two other officers are black and the three others are white. They will be tried separately beginning in January; their trials are expected to last until the spring.

The trials, much like Gray’s death, are a microcosm of larger, systemic issues within the city, and the verdicts will have consequences on the city’s immediate future, as well as its healing. Nearly eight months after the city burned, the stakes for the police, the politicians and the public remain high.

When violent crime began surging in May, residents of predominantly poor black neighborhoods that bore the brunt of the bloodshed blasted the police for abandoning their posts— a side effect, some said, of the charges against the officers involved in Gray’s death. The police union, in turn, criticized the former commissioner for failing to protect and support them during the riot.

An independent review of the police response revealed “major shortcomings,” and painted a portrait of an overwhelmed and under prepared department that made tactical errors and endangered officers. Hours before Police Commissioner Anthony Batts was fired in July, the police union issued its own scathing report, and its president called for Batts to “step up.” The U.S. Department of Justice announced a patterns and practice probe into the department stemming from allegations that officers hassled people and used excessive force. Davis stepped in as police chief in July, after a crime spike that saw 45 homicides in a single month.

Since then, Davis has tried to repair the broken relationship between the department and the public.

Apart from the police, the political landscape has changed since Gray’s death. A Democratic primary in April will likely decide who will be the new mayor next November.

Mayor Stephanie Rawlings-Blake was harshly criticized in the wake of the civil unrest for failing to publicly appear for five hours as the city burned and the images were displayed on national television networks. Her decision to enact and maintain a city-wide curfew aggravated protesters. In August, she announced that she would not seek re-election, instead pledging to focus her energy on helping the city heal in the riot’s aftermath. She’s made few comments about the Gray case and the impending trials.

“There’s definitely a lot of pressure but it’s hard to say what’s at stake. I know what’s important: that we have order in the city,” she told The Associated Press. “I’m prayerful that justice will prevail and the officers will be given a fair trial by a fair and impartial jury, and that the citizens of Baltimore and the police can respect the decision.”

The absence of an incumbent in the mayoral race has created opportunities for others. Sheila Dixon, the city’s former mayor who was forced to resign after being convicted of embezzling about $500 in gift cards meant for poor children, announced her candidacy in July.

But no reputations hinge on the trial’s outcome as much as state’s attorney Marilyn Mosby and her husband, Nick Mosby, a councilman for Baltimore’s west side who announced his mayoral candidacy shortly after Rawlings-Blake pulled out. Marilyn Mosby, who took office in January, announced charges against the officers in May, using language that led defense attorneys to argue that she was so biased she should recuse herself from the case.

“To the youth of the city: I will seek justice on your behalf,” the prosecutor said then. “This is a moment, this is your moment. Let’s ensure we have peaceful and productive rallies that will develop structural and systemic changes for generations to come. You’re at the forefront of this cause. And as young people, our time is now.”

In the months that followed she was the subject of a feature story in Vogue magazine that called her “a heroine and a lightning rod.”

Mosby declined to comment on the Gray case citing a gag order.

The political and social agenda has changed, too. Since April issues including segregation, unemployment, poverty and housing inequality have been thrown into sharp focus. In October, a group of students staged an all-night sit-in at City Hall over a list of demands that included the firing of the city’s housing commissioner over a lawsuit that alleges handymen traded sex for repairs for poor, black women living in public housing.

Duane “Shorty” Davis, a community activist, said the trial will “make or break” the city.

“If it doesn’t go over well, what will Christmas be like? They’ll shut things down,” he said. “If we have more riots, who will feel safe? The world is watching Baltimore.”