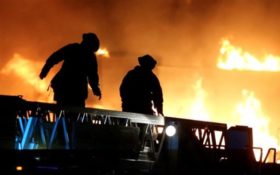 A Pennsylvania fire chief is announcing his retirement just ahead of his 95th birthday.

J. Edward Hutchinson — affectionately known as “Hutch” — has served more than six decades as Greensburg’s fire chief but has decided not to run for a 22nd term.

The Pittsburgh Tribune-Review reports the fire department will now search for another leader for the first time since 1953.

Hutchinson says 63 years is “a long friggin’ time” and he now must pass the torch on to someone new. He’s believed to be the longest-serving active chief in the state.

There has been only one interruption in his service to the department: a four-year hiatus when he served during World War II.

Hutchinson says he wants to ride off into the sunset on a horse like John Wayne.